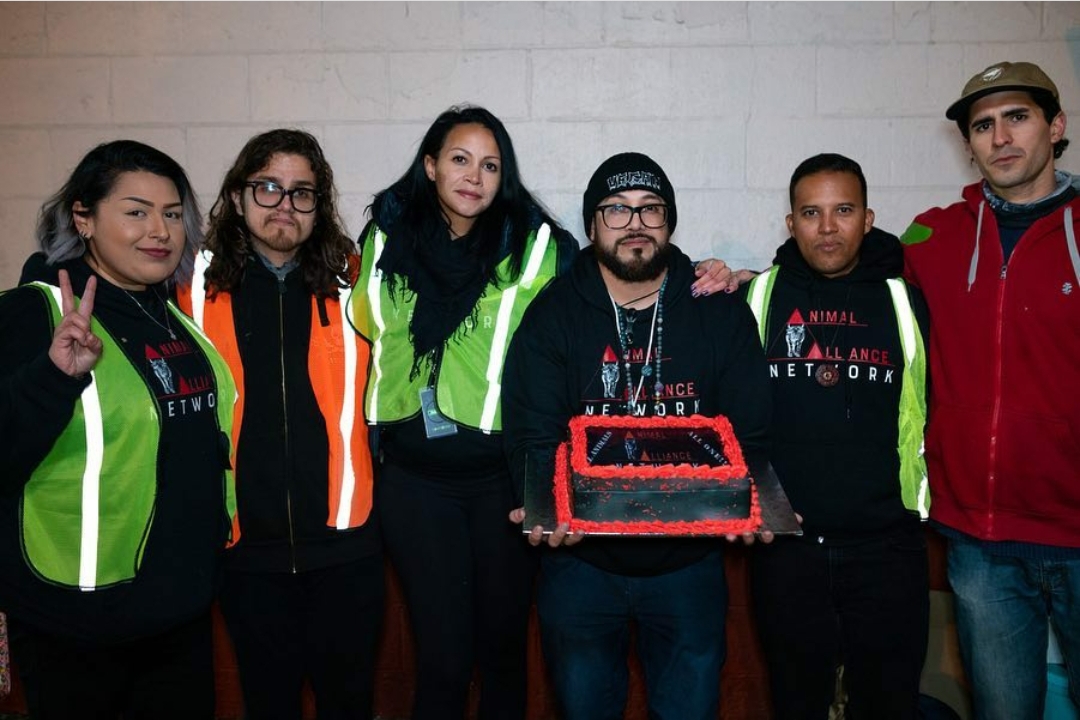 Animal Alliance Network is a 501c3 nonprofit that is part of The Save Movement. A worldwide group that holds vigils outside of slaughterhouses and live markets. We hold our weekly vigils outside of slaughterhouse in Vernon, CA along with LA Animal Save, another Save Movement group in Los Angeles, who also hosts weekly vigils. We work with all animal rights groups in our area and beyond to help stop the mistreatment and deaths of billions of animals worldwide.

The Save Movement is comprised of groups around the world who bear witness to pigs, cows, chickens and other farmed animals en route to slaughter. Our goals are to raise awareness about the plight of farmed animals, to help people become vegan, and to build a mass-based, grassroots animal justice movement. The Save Movement started in December 2010 with the inception of Toronto Pig Save. Today there are over 660 groups in Canada, the U.S., U.K. & Ireland, Australia, continental Europe, Hong Kong, South Asia, East Asia, South Africa, Mexico and Central/South America.

We encourage you to bear witness of animals sent to slaughter in your own community. Find out if there is a Save group near you or consider starting a Save group. We’ll help you with tips, resources, and support.

When the suffering of another creature causes you to feel pain, do not submit to the initial desire to flee from the suffering one, but on the contrary, come closer, as close as you can to him who suffers, and try to help him.” – Leo Tolstoy

Visit TheSaveMovement.org for more information about the movement!

Donate to The Animal Alliance Network

Help us continue our fight to end animal cruelty. No donation is too small.